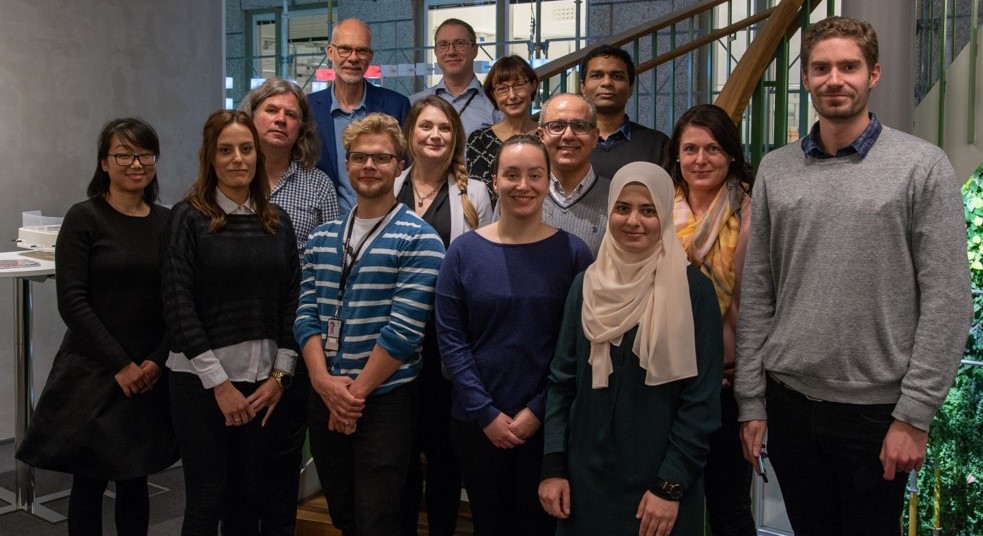 The Pharmaceutics group is conducted by the research leaders Professor Göran Alderborn and Professor Göran Frenning. Below you can read more about them and the other members of the group. 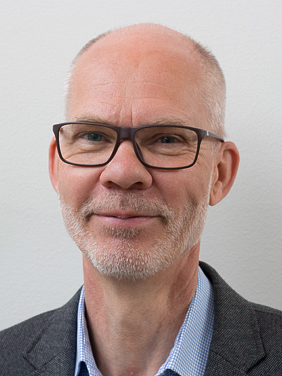 Göran Alderborn, born 1956, joined the Department of Pharmacy at Uppsala University in 1987 as a senior lecturer in Pharmaceutics and has held the chair in Pharmaceutical Technology at the same university since 1998. His particular field of interest is in the technology and materials science of solid dosage forms with a research focus on the preparation and engineering of particles and the physics of powder handling. Current research interest centers on analytical powder compression, particle dissolution, tableting of dry granulated powders and mechanics of adhesive mixtures. 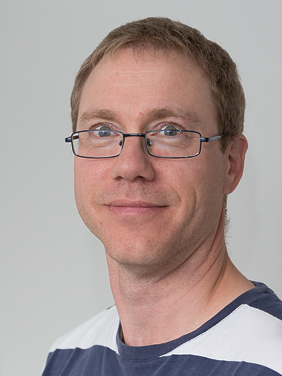 Göran Frenning is a professor in pharmaceutical physics and is currently the Scientific Director of the recently formed Swedish Drug Delivery Forum, a joint academia – industry collaborative effort with founding from Sweden’s Innovation Agency. Professor Frenning has a background in engineering science, with a master of science and a doctoral degree in that subject. He has been working at the department of Pharmacy since 2002 and was appointed to associate professor in pharmaceutics in 2007 and to professor in pharmaceutical physics in 2014. Professor Frenning’s main research interest is modelling and simulation of processes related to manufacturing (powder technology), functionality (drug release) and testing (fluid flow and mechanics) of pharmaceuticals. He is also conducting experimental research in these areas. Professor Frenning’s main expertise is in the area of confined powder compression, where he has developed a novel triaxial testing instrument for single particles, proposed nonlocal contact models for particle interactions at high relative densities and performed simulations of powder compression. These have relied on the discrete element method (DEM), meshed discrete element method (MDEM, also known as the combined finite/discrete element method, FEM/DEM) and the finite element method (FEM) – often utilising in-house code in order to include features that have not yet been included in commercial software.

Junxue An obtained her PhD degree in Chemistry from (KTH) Royal Institute of technology, in 2017. During her PhD studies, she worked on the interfacial properties of the adsorbed polymer layers in aqueous solution, including adsorption, surface forces and friction forces.

She started as a postdoc researcher at Uppsala University in early 2018. Currently, she is working on the project ‘Microencapsulation of inhaled drugs – surface properties and retardation of dissolution’, within the framework of the Swedish Drug Delivery Forum (SDDF). Her current research focus is on development of controlled release formulations for pulmonary drug delivery, with special interest in solid lipid microparticles (SLmP) and PEGylated lipid microparticles. 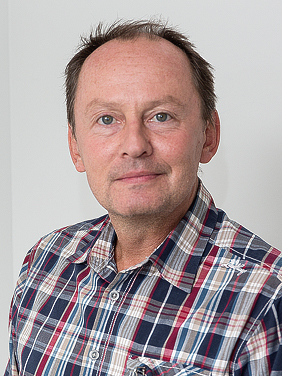 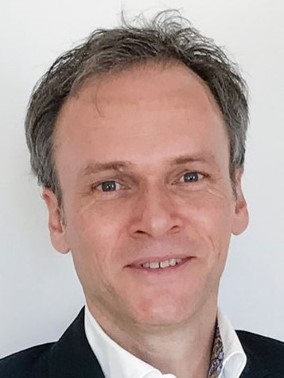 Stefan Grudén is a Pharmacist (M.Sc. Pharm. 1997) from Uppsala University. He has worked in the pharmaceutical industry for more than 20 years and been involved in more than 50 development projects of which more than a third has been successfully up-scaled and turned into commercialized products.

He started his PhD studies in October 2017, with his main supervisor at Karolinska Institutet in Huddinge. His research project interweaves three different areas of science; 1) the sciences of biomaterials, 2) dosage form design, and 3) clinical cancer research. 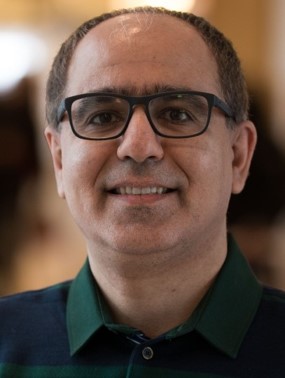 Dariush Nikjoo received his Ph.D. in physical chemistry from Istanbul University, in Feb 2015, The doctorial work was in the field of preparations of polymeric nanocomposite gels for biomedical applications. Also, he took part in a one-year master program as an exchange student at Umeå University in the field of medicinal chemistry (2013-2014). From 2015 to 2018, he had a position as researcher at Luleå University of Technology, where his work was focused on the applications of polymers, hydrogels, ceramics in different fields like tissue engineering, drug delivery, and even air/water filtration.

He joined the department of pharmacy at Uppsala University in June 2018, where he is working in a project regarding innovative formulations for “controlled drug release to the lung”, which is part of the Swedish Drug Delivery Forum (SDDF). In this project, formulations based on biocompatible/biodegradable polymers will be investigated for usage in extended pulmonary drug delivery. 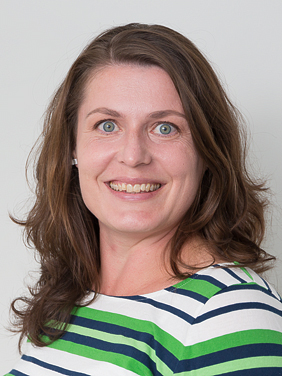 Her major research interests are currently within the area of solid dosage forms. The research projects focus on investigating and understanding the structure-functionality relationships of different particle systems. Such knowledge is fundamental for evaluation of the performance and usability of the particle systems in formulation and manufacture of different types of drug products. Within these research projects, various particle preparation and characterization techniques are used.

Samaneh Pazesh was graduated from Uppsala University in 2009 with a master of science in Chemical Engineering and received her Ph.D. degree in Pharmaceutical Science in 2017. Her research interests include solid state characterization of pharmaceutical material, material science and process techniques. She has been active in the field process-induced disorder and Raman spectroscopy working with methods development and application for quantifying low degree of disorder. More recent she is also involved in research focusing on the compression and the compaction properties of mechanically amorphous material. 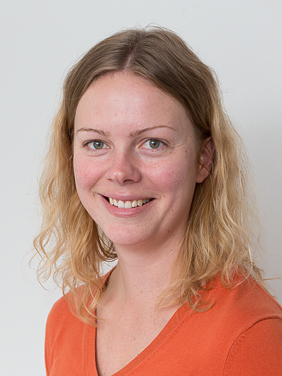 Ann-Sofie Persson recieved her PhD degree in Pharmaceutics from Uppsala University 2013. During her doctorate studies, the focus of the research was on experimental evaluations of discrete element simulations on powder flowability and compression. This work included thorough particle characterization including studies of particle mechanics and pore structure.

Currently, the focus of her research is characterization of particles and powders using analytical powder compression. The research aims to investigate the potential of analytical powder compression models to be used as a tool to predict tablet tensile strength. Further, the research aims to investigate the relationship between particle mechanics and tablet forming ability of milled powders. 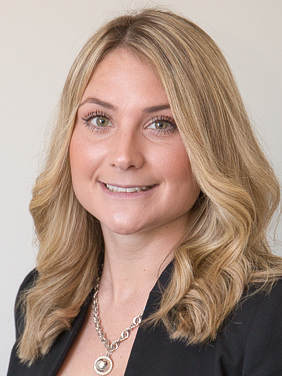 The aim of her research is to develop and introduce new methods to assess and derive indication of the drug dissolution process early in drug development. As an example, new in vitro methods to measure intrinsic dissolution rate (IDR) has been explored. The IDR is the surface specific dissolution rate (µg/min/cm2) in which the dissolution rate is adjusted to the surface area of the solid material in contact with water. One aim has been how to use IDR in the discovery process to optimize formulations or how a simple IDR value could guide the development process in the right direction. Further, a single particle approach using a microscope technique has been introduced, as a way to evaluate the dissolution process under controlled conditions. 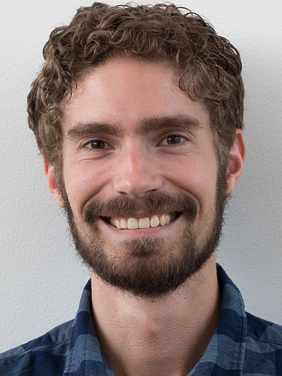 Jonas Rudén has a M.Sc. degree in Pharmacy (2015) from the University of Gothenburg and started his PhD studies in Nov 2015.

The focus of the research is to derive improved knowledge of the critical particulate interactions of adhesive mixtures for Dry Powder Inhalers (DPI). Adhesive mixtures are composed of two main components - carriers and micron-sized particles - and understanding the interactions between these two entities is important in order to enable a rational development of high performance formulations in terms of manufacturing, handling and use. A special focus will be on high-dose formulations since these are particularly difficult to develop. 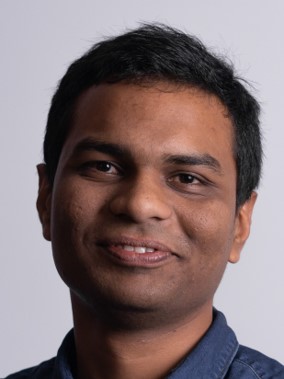 In his PhD, he would study the interactions between the drug and carrier particles and its aggregates in an adhesive mixture using a particle based modelling approach. Adhesive mixtures are the one in which micronized particles are attached to considerably larger carrier particles to overcome the cohesiveness resulting from small particle size during pulmonary delivery. The research is expected to make a significant contribution to the knowledge of adhesive mixtures during general handling and transportation and addresses generic issue on powder flow and coupling the same with experiments would provide a deeper scientific insight. 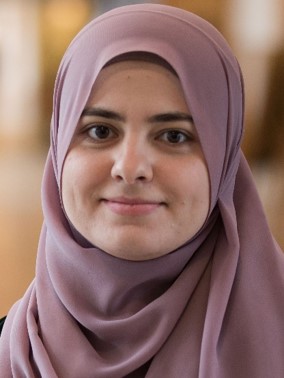 Maryam Tofiq received her Master of Science degree in Pharmacy at Uppsala University with a degree project in Pharmacokinetics. She started her doctoral studies at Uppsala University in September 2018 in the Swedish Drug Delivery Forum (SDDF) with a project titled “Microstructure-property relationships of agglomerates formed by dry granulation”. In this research, the compression mechanics and the tablet forming ability of dry granulated particles in relation to their microstructure are studied. The purpose of this research is to increase the understanding of technological properties of dry granulated particles and thus facilitate the continuous manufacturing of dry granulations. 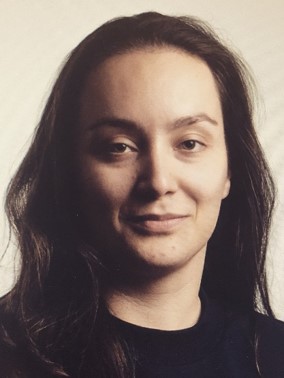 Irès van der Zwaan received her master degree in Bio-Pharmaceutical Sciences in 2017 from Leiden University, the Netherlands. She started her PhD studies at the department of Pharmacy at Uppsala University in March 2018.

During her PhD she is working on the development of a novel pulmonary controlled release drug delivery system. This project is part of the framework of the Swedish Drug Delivery Forum (SDDF). 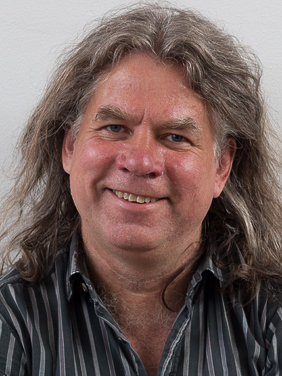 Johan Gråsjö is senior research engineer and obtained his PhD degree in Engineering Physics from Uppsala University in 2013. In the thesis, aqueous solutions and humid matters were studied with Soft X-ray- and Impedance spectroscopic methods. In 1992 he started to work at the Department of Pharmacy with instrumentation and programming for data sampling. During the years he has had a supportive function for researchers and PhD students with statistics, programming (data sampling, data treatment and calculations), instrument development, mathematics and mathematical modelling. In recent time he has been extensively involved in projects regarding solid state characterisation of lactose and different drugs as well as drug dissolution modelling. He also is involved in projects with the Molecular and condensed matter physics group at the Department of Physics and Astronomy at Uppsala University. In these projects he is doing Soft X-ray spectroscopy measurements on water solutions and humid materials like gels and clays, and also dealt with questions about instrumentation and sample handling.

His research is conducted with Raman spectroscopy and X-ray crystallography and Soft X-ray spectroscopy (mainly RIXS and NEXAFS), as well as different data signal treatment and statistical methods and has included instrument development. He is also teaching in mathematics on the Pharmacist program. 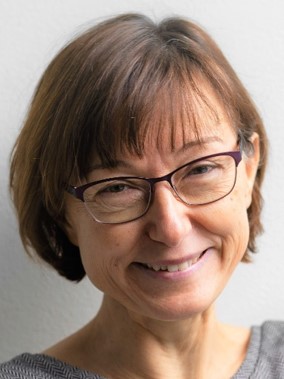 Lucia Lazorova is a pharmacist with Pharm. D. and Ph.D. degrees from the Comenius University Bratislava, Slovakia. She also received Fil.Lic. degree at the Department of Pharmacy, Uppsala University. Since 1996 she works as a research assistant at the same Department.

Over the years she supported many different research projects. As the PhD student she studied the stability of parenteral preparations. Later, she helped to develop cell models for prediction of drug absorption and metabolism in Drug Delivery research group and worked with numerous cell-related analytical methods and assays.

In addition to laboratory and research responsibilities she is also a coordinator of the course Extemporaneously Compounded Medicines at Uppsala University.